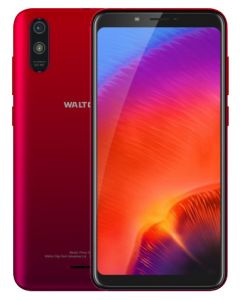 You can buy Walton Primo G9 phone with different colour options. All the colour variants are equally eye-catching & gorgeous looking.

Walton Primo G9 comes with ARM Cortex-A55 processor with dedicated 2 GB of RAM. Moreover, storage of the phone can be expandable up to 16 GB via memory card through a dedicated slot.

This device gives you a mammoth battery with Removable Li-Ion 2500 mAh battery. However, This device will surely give you a decent battery backup all day long.

Walton Primo G9 smartphone was launched on October 2019. The phone comes with a 5.45-inch touchscreen display with a resolution of 720 x 1440 pixels.

Walton G9 is powered by a Quad-core processor. It comes with 2 GB of RAM.

As far as the cameras are concerned, the Walton G9 on the rear packs a 8 MP. The rear camera setup has autofocus. It sports a 8-megapixel camera on the front for selfies.

The Primo G9 runs on Android 9.0 (Pie) and packs 16GB of inbuilt storage that can be expanded via microSD card (up to 64GB) with a dedicated slot. The Walton Primo G9 is a dual-SIM (GSM and GSM) smartphone that accepts Nano-SIM and Nano-SIM cards.

Connectivity options on the Walton G9 include Wi-Fi, GPS, Bluetooth v4.2, Micro-USB, FM radio, 4G, and 4G on both SIM cards. Sensors on the phone include accelerometer, proximity, compass sensor.

If you want to get a glimpse of this device and for many more updates then subscribe our YouTube channel and keep your eye on it.

Disclaimer: We can not guarantee that the information on this page is 100% correct.